Each work in this exhibition is registered to a location and event in recent or ancient Rome. Invented parameters based on research directly inform the processes, materials and presentation. This project however is not about Rome, it is about the research imposed on any history and it’s representation; deeply overwritten, reconstructed, and redirected political agendas that occur during any process of creation, past and present. Presented not as a counter-history, but created as a personal auxiliary history, supplementing other representations of Rome in an effort to further the idea that no history is complete, no matter how in-depth the archive and interpretation.

The artifacts in this exhibition are manufactured as a form of documentation. They are removed from their original context and set into a new framework, inviting examination. The arrangement of objects communicates a specific understanding of time and history. We experience historical artifacts and artwork as presented by the curator and artist, respectively. Narratives form through connections and proximity, provided in the considered arrangement and presentation. The representation of varying perspectives, of the historian, archaeologist, artist or curator, forms the basis for our understanding of history and its construction. During an artist residency in Rome, Italy I used wet clay to take 153 impressions from around the city. Viewed as a form of data collection, these objects allowed for reconstitution, through display, in a gallery context. Inspired by the design and use of Mesopotamian seals, I collected impressions of architecture and objects in order to record and preserve concrete personal memories and experiences. The clay primarily recorded architectural features such as flooring, tiles, mosaics, engravings, low-relief surfaces, decoration and walls. The exact date, location and a photograph of the tactile impressions was also recorded. Upon returning from Rome, selected terra cotta impressions were curated and transformed into cast bronze seal rings.

By taking impressions throughout the city of Rome with wet clay, the negative space around an object was simultaneously claimed and preserved, as was an impression of my fingers into the back of the clay object. In this way, the object becomes a record of the surface and the history of the place while simultaneously recording my presence there. Appropriating a history and reinterpreting it as art generates questions about ownership, authority and authenticity. Carefully selected materials and processes further establish relationships between original and copy, raising questions of registration with origins and truth. Because of its malleable nature, clay was used as a material to recreate and manufacture a set of copies from the original terra cotta objects in wax to suggest a mutable state. By creating a curated set of cast bronze seal rings, I, as the artist, obtain the power to recreate a history indefinitely. Centrally located, on a wax surfaced steel desk is a unique hand-made catalog. Each page in the catalog chronicles one of the 153 terra cotta impressions, noting the exact location (visually with a map), site, description, photograph and scan of the front and back. The catalog was made from handmade abaca paper and the front and back covers were made of wood and bleached beeswax. The title, Annales, was inscribed into the wax cover to reference Roman wax tablets.

The design for the form of the catalog originates with early book forms. The process of Coptic binding references methods of bookbinding used by early Christians in Egypt from as early as the 2nd century AD to the 11th century. Coptic bindings are the first true codices. The codex form was developed by the Romans from wood and wax writing tablets. The pages of parchment codices, like the wax tablets, were commonly washed or scraped for re-use and therefore the writings in a codex were considered informal and impermanent.

While occupying the chair and interacting with the catalog, viewers are effectively on display, sitting in as artist, historian, curator. As viewers investigate the catalog, subtle impressions transfer onto the waxed surface as a record of their own presence and interaction with the presented data. This is meant to suggest that the viewer is making his/her own interpretation of this history, leaving a “mark” on the observer of the event. This group of eight impressions is the fragmented casting of engraved letters on an inscription from the Porta Maggiore which reads MEMORIAE. The English translation from Latin memoriae is memory. Fragments of letters are cast from carved stone. The assembly of these fragmented letters back into the word Memoriae references loss and the importance of context when using data to reconstruct history and suggests the futility of ever arriving at an absolute history.

The analysis of impressions resulted in a collection of the letter R, a reference to Rome itself, as well as the origin myth involving the founder of Rome, Romulus, and his brother Remus. As this set progresses from top to bottom, the machined R’s along the top row transform into detailed fragments (close-ups) and then return to a full representation of the letter, although in a version inscribed by the hand of an individual, a unique R in each case. Viewing this group as a matrix of various iterations of the same thing, the letter R, raises awareness for the possibility of viewing the same thing in an infinite number of ways.

This set is comprised of three sub-groups, all referencing numerical systems and translations. As text flows through history books, each row can be read left to right. Moving from one end of each row toward the other, a metamorphosis, or mutation takes place. Similarities and differences lead to misinterpretations and re-appropriations. The use of Roman numerals alludes to their origin within a city with classical roots, but also references the sustained use of Roman numerals within contemporary Western culture.

The most abstract of the groupings, 15 seals are all castings of spaces between stone and brick. The group arrangement is read left to right. As the set progresses to the right, the mosaic floor castings progress into the spaces between bricks on walls. The impressions appear to visually “zoom in” to create a fragmentary view, as if viewed through a microscope. With a zooming in or a looking closer, further loss of context completely transforms the progression and appears “out of focus.” As distance between contemporary life today and the past increases, our attempts at reconnecting to the historical truth become futile and unattainable. 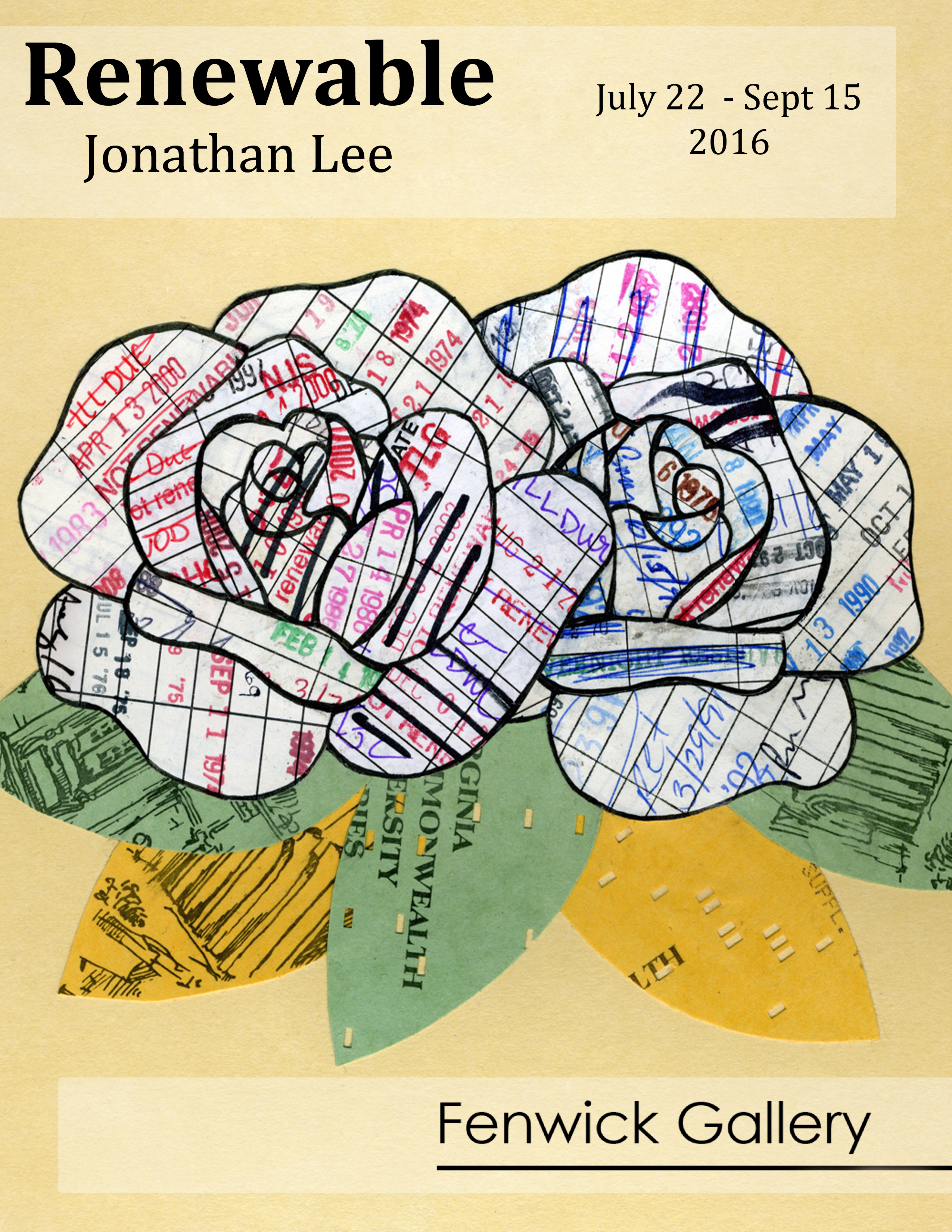