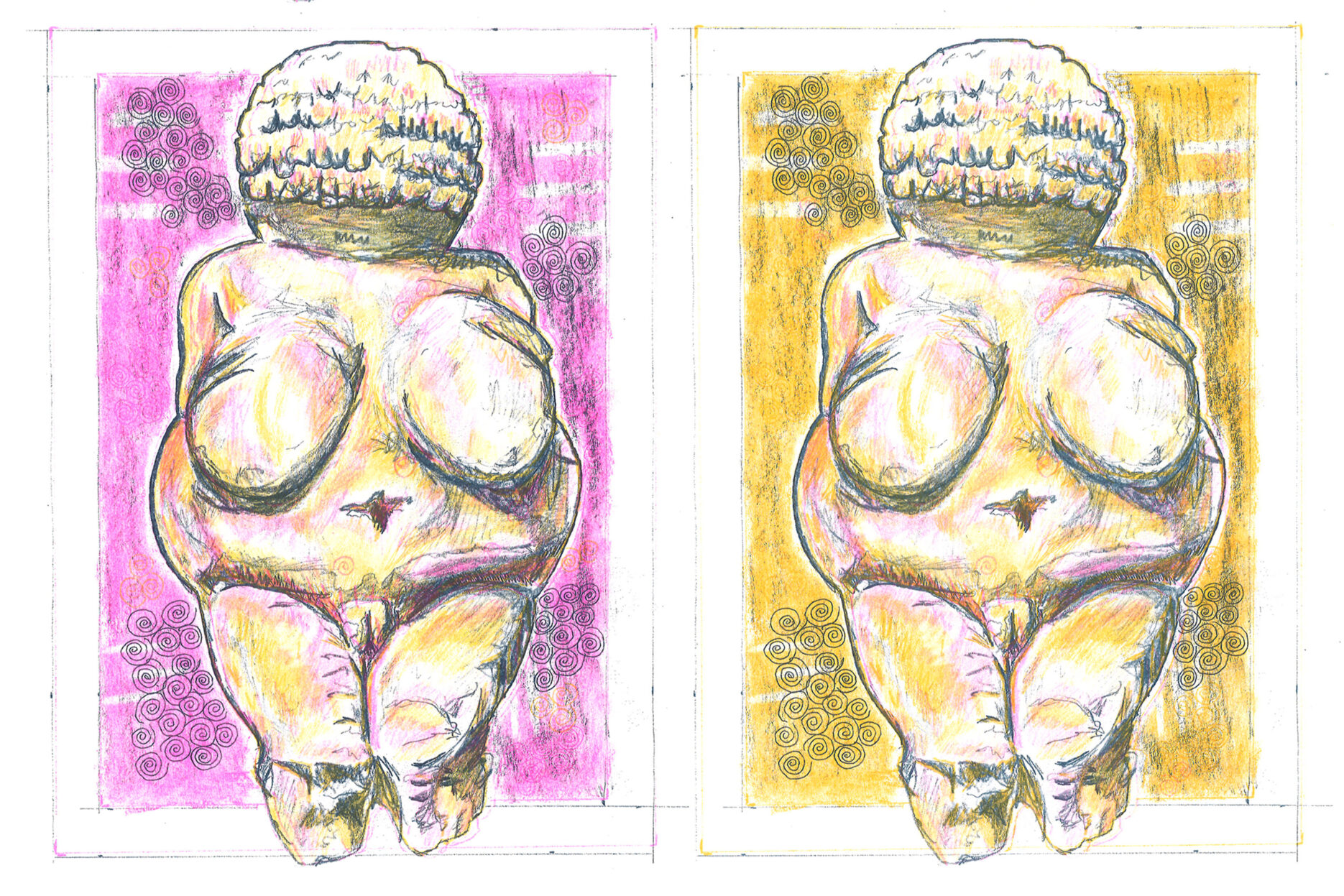 About the exhibition
About the artist
Recommended readings

One of the earliest known depictions of the female form, the “Venus of Willendorf” has been an enigma to scholars, activists, and spiritual movements, with each having a unique interpretation to (her) origins. First termed “Venus” in the early 20th century, this figure was confined by an androcentric perception of the function of the female form in art and society and viewed as a symbol of fertility. Later claimed by modern feminist movements as the “Divine Feminine,” (she) became a symbol of the goddess. While (her) form is static and unchanging, (her) meaning is mutable: a good-luck charm; an erotic fetish; a source of empowerment; an ideal embodied. These theories and interests have been constructed through (one’s) own understanding of gender and sexuality. What did (she) mean to (her) own people? Originally created in the Upper Paleolithic era, the migrating/ hunter gatherer lived in a different world that cannot be understood by those living in a different time.

Featuring over 140 risograph prints, “Common Misconceptions: idealized notions of a pre-historic world” re-presents this intimate figure as a mass-produced object, inviting the viewer to reflect on (her) subtle shifts and transformations in the 21st century.

Jennifer Lillis is a multi-disciplinary artist, teacher, and administrator in Northern Virginia. She received her MFA in Visual Art from George Mason University in 2019, and her BA in Studio Art from Marymount University in 2012. Jennifer’s work explores the theme of transformation in the function and materiality of objects. She is the Assistant Curator and Gallery Manager at the McLean Project for the Arts, on the coordinating committee of MPAartfest, and Adjunct Professor in Printmaking at George Mason University.